Song of the Week: Use Me, Bill Withers 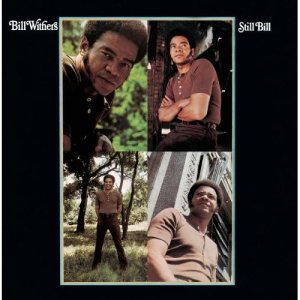 Click Here to listen to “Use Me,” by Bill Withers

“Soul” can be a tricky genre to nail down. You know what it isn’t—the Bee Gees, any band that wears studs—but it can be just as tough to define what it is. Aretha and James Brown have soul, of course, but what is that exactly? Bill Withers’ song “Use Me” helps get at the answer.

First and foremost, soul has to have a certain rhythmic sensibility. It doesn’t have to be fast, but it does have to be syncopated in a complex way (reggae’s straightforward emphasis on 2 and 4 doesn’t quite cut it). So tune into the drumbeat here. Drummer James Gadson puts rimshots in unexpected places, and though there’s a pattern, it requires careful attention to pick up on. It’s deep in the pocket, but sounds fluid rather than studied.

Though the groove is paramount, there’s also a vocal sensibility operating here. Withers has a really unique delivery, half-spoken and half-yowled. “My brother” gets yelled, but the rest of the line (“sat me right down and he talked to me”) is recited in a conversational tone. This phrasing is almost as unexpected as the groove, which makes the whole song seem hyper-organic and spontaneous. That kind of direct expression sounds like it’s not being moderated by a musical sensibility, but rather flowing right from the inside and onto the tape.

Maybe that’s why they call it soul.